My guest today is author S. W. Stribling. Hello! Welcome to Writing in the Modern Age! It’s such a pleasure to have you here.


Hi, thank you so much for inviting me on your blog today!
Of course!

Can you tell us a little bit about your book? When did it come out? Where can we get it? 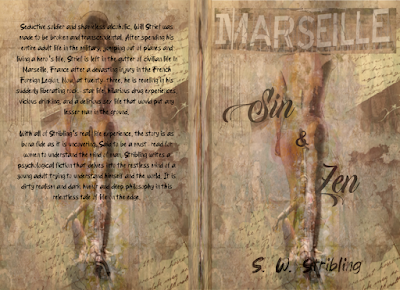 Sin and Zen is a story that parallels my own experiences after being injured in the French Foreign Legion. It dives into all the troubles a lot of our generation has when facing everyday life with love and work, and trying to fill this seemingly endless void of having meaning and purpose. Add on the difficulty of having spent my entire life (up to that point in the story) in the military and then becoming a broken soldier thrown into the civilian world, it's quite a ride with lots of ups and downs.

It came out July 24, 2019 on Amazon, where you can still grab a copy today in paperback, ebook, or audiobook.
Wow!

Is there anything which prompted this book? Something that inspired you?
A desire to write was the biggest prompt. That, and all the times I've told my story to someone, it always seems unbelievable. I even had a guy want to make a film about me once. I figured I should write the novel first before somebody else takes credit for my story.

As well, as I wrote it, it gave me a level of clarity that the main character, Will, is looking for, and in many ways, I had been looking for.

It's true that writing can be cathartic...

Let me ask a different question.

When did you know you wanted to write? Or has it always been a pastime of yours?
Writing has always been something I have enjoyed doing. I wrote a novella for my mother for Mother's Day when I was in high school and she has since told me to be a novelist. I obviously had other dreams of being a superhero in the military. A life I got to live for some time, falling from the sky and saving the world and what-not, but after my injury and months laying in a hospital bed with no chance of ever being in a combat company again, I told myself, "I didn't join the infamous French Foreign Legion to drive a bus or push papers."

So, I got out, taught English for a while to pay the bills and started writing in a real way. After finishing this first novel, I know it is my true role in this play of life. I am working on the sequel now, which I hope to release one year after Sin and Zen (July 24th).
Nice!

Do you have any favorite authors yourself?
My favorite authors are varied. For pleasure and the man who truly takes the words from my mind and puts them in front of me in a way that is magical is Charles Bukowski. His hero, John Fante, is also a favorite. However, to go in another direction, I enjoy Alan Watts for feeding my soul in a different way. Beyond those two big ones for me, I love Wilde, Plath, and Camus. L'Etranger being the first book I read in French (versione originale) after Le Petit Prince.

Do you write in a specific place? Time of day?
I'm usually stuck in the corner of my wife and I's bedroom. Occasionally, I go out to our patio and sit with our puppies in the sun or head to a coffee shop for a change of environment. I do know the best stuff comes out in the late hours: 10 p.m. - 4 a.m. I don't write as often during that time now that I've taken on writing as my full-time career. Generally speaking, my highest stream of creativity and motivation now seems to be around the same 'time', but during daylight: 10 a.m.- 4 p.m. Then around 4 p.m., the wife and I sit and eat 'comida' together (we live in Mexico). I usually get back at it until 7 or 8 or so, but the raw stuff - the good stuff - comes out in those first hours.

Are there some words you'd like to impart to fellow writers? Any advice?

Don't try. Take it from my Bukowski influence or my Taoist way of life of 'WuWei'. Don't force it. Is it that important to be a writer, just to say you're a writer? It seems most writers write more about the trouble and pain of writing rather than keeping that pain for the story. Yes, writing can be hard at times, but most of the time, it should be like playing. Exciting. Hacking away at the keyboard like a piano, creating music.

If it doesn't come out, just wait, it will. And if it doesn't, fine. Maybe it wasn't meant to. Better than force-feeding our readers with the nonsense that has no real spirit.


Such a valid point!

Thank you so much for stopping by to visit us here today at Writing in the Modern Age. It was wonderful having you!  :)

Readers, here is the blurb for Sin & Zen.
Seductive soldier and shameless alcoholic, Will Strief was made to be broken and transcendental. After spending his entire adult life in the military, jumping out of planes and living a hero's life, Strief is left in the gutter of civilian life in Marseille, France after a devastating injury in the French Foreign Legion. Now, at twenty-three, he is reveling in his suddenly liberating rock-star life: hilarious drug experiences, vicious drinking, and a delirious sex life that would put any lesser man in the ground.

With all of Stribling's real-life experience, the story is as bona fide as it is uncovering. Said to be a must-read for women to understand the mind of man. Stribling writes a psychological fiction that delves into the restless mind of a young adult trying to understand himself and the world. It is dirty realism and dark humor and deep philosophy in this relentless tale of life on the edge.

Here is an excerpt from the book.
Matt stayed.
I felt him leaning in that direction from the dinner the night before. I wasn’t feeling that much better, but I just didn’t want to stay in the same place for that long when we were only halfway up climbing up the hill. This lake I had only heard of also enchanted me. It seemed more worthy to see, to achieve than just walking over a mountain pass.
I packed my bags, planning to head out on my own. I was disheartened by leaving my pleasant company, but something drew me much more than companionship.
As I was waiting downstairs to say goodbye to Matt, Cathy came down packed and said she was coming with me. I could see almost a pang of lost love in Matt’s eyes. Not a romantic love, but a loss of something that didn’t see the end he had envisioned and hoped for. He made a few, “Are you sure?” attempts to ask her to stay, and I could see the discomfort in her to tell him “Yes.” They had been together since they met on a website to meet fellow trekkers in Kathmandu. They had each come on their own, but came together almost immediately and just as quickly made their plans together. It was nice to see people come together like that and I was glad to have been a part of it, even in a spontaneous, add-on sense. I felt guilty too, since it was Matt that invited me along and had me join his team, and now I was splitting it apart. Matt would leave the next day to continue on the path to the pass, which would put him ahead of us. We spoke hopefully and optimistically about crossing the pass together and how he might wait for us at one of the base camps for such a reason. Though it was no promise, and none of us assumed it was such. We said, “See you soon,” but we meant, ‘Goodbye.’
Cathy and I left. It would be a full day getting there. Longer than any day we had had so far. Up to this point of the trek, we had only walked about five hours a day with breaks in between, sometimes frequent and sometimes long. It made a day, a short day, but a day. I felt confident with my drive and her steadiness. I imagined getting there, running up the mountain, and then getting back on track without a loss of breath or time.
I felt that way until the first two hours were over. Up and down and up and down. Was it left or right here? Was this even a trail? My motivation became a desire just to get to the base camp before it snowed too heavily.

What are people saying about this book? Let's find out! 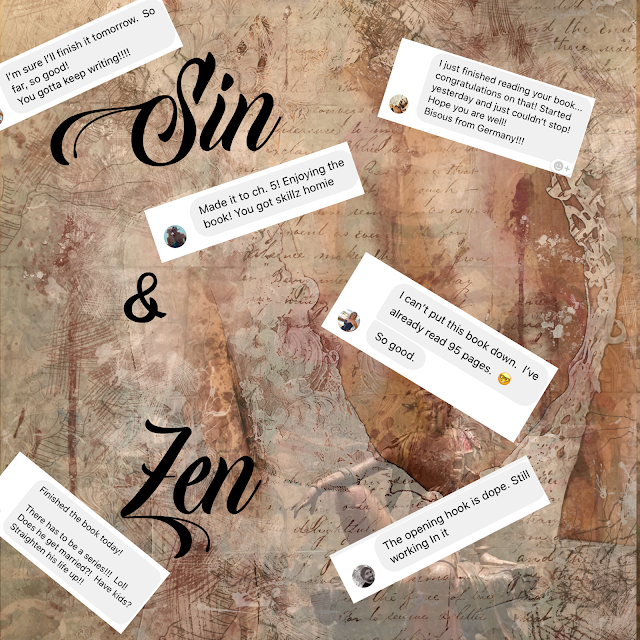 Sounds like quite a read! Add Sin & Zen to your Goodreads bookshelf, readers! :)

We'll be sure to check out this psychological/literary fiction novel! 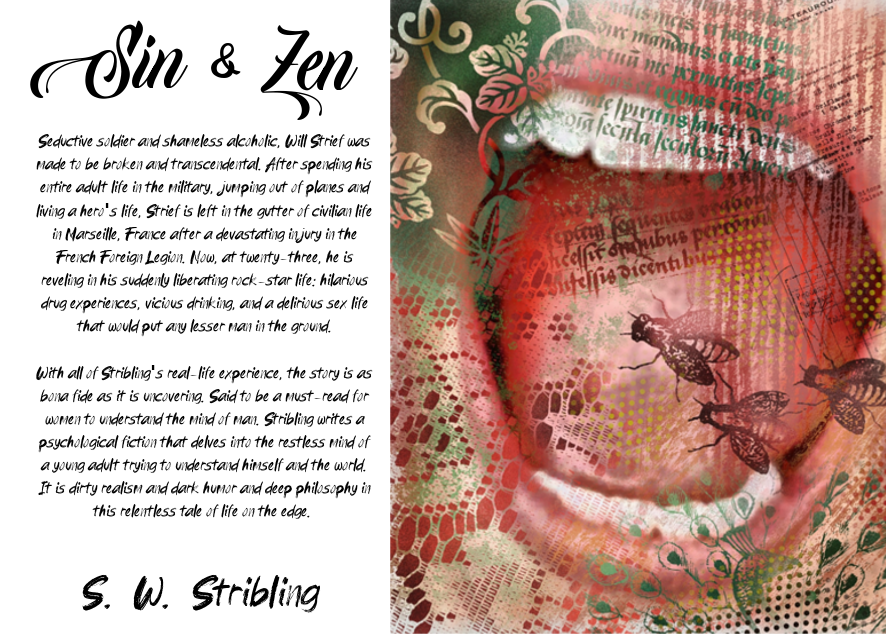 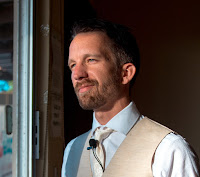 Being a former Airman, Legionnaire, and English teacher, I have spent just as much time creating stories as I have spent writing them. This first novel is loosely based on my own personal experience with enough liberty taken to call it contemporary fiction. Having always had writing in my life as a form of therapy and being the broken soldier that I am, I have fully committed to what I believe to be my role in this play of life, a writer.
Author Links:
Website/Blog: https://www.wstribling.com/
Twitter: https://twitter.com/SWStribling
Facebook: https://www.facebook.com/SWStribling/
Amazon Author Page: https://www.amazon.com/Steven-Warren-Stribling/e/B07VQ4NCTC
Goodreads: https://www.goodreads.com/author/show/19407749.Steven_Warren_Stribling
Instagram: https://www.instagram.com/swstribling/ 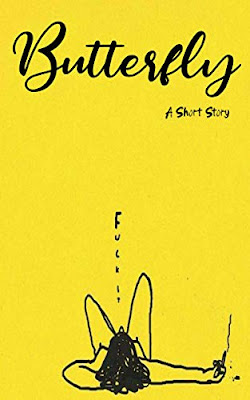 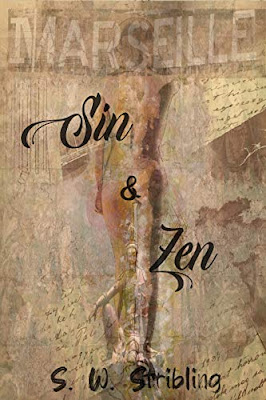 Hi, readers! We have a real treat in store for you today, a spotlight on a new book by Anne Kane, a talented author!  Anne, an author... 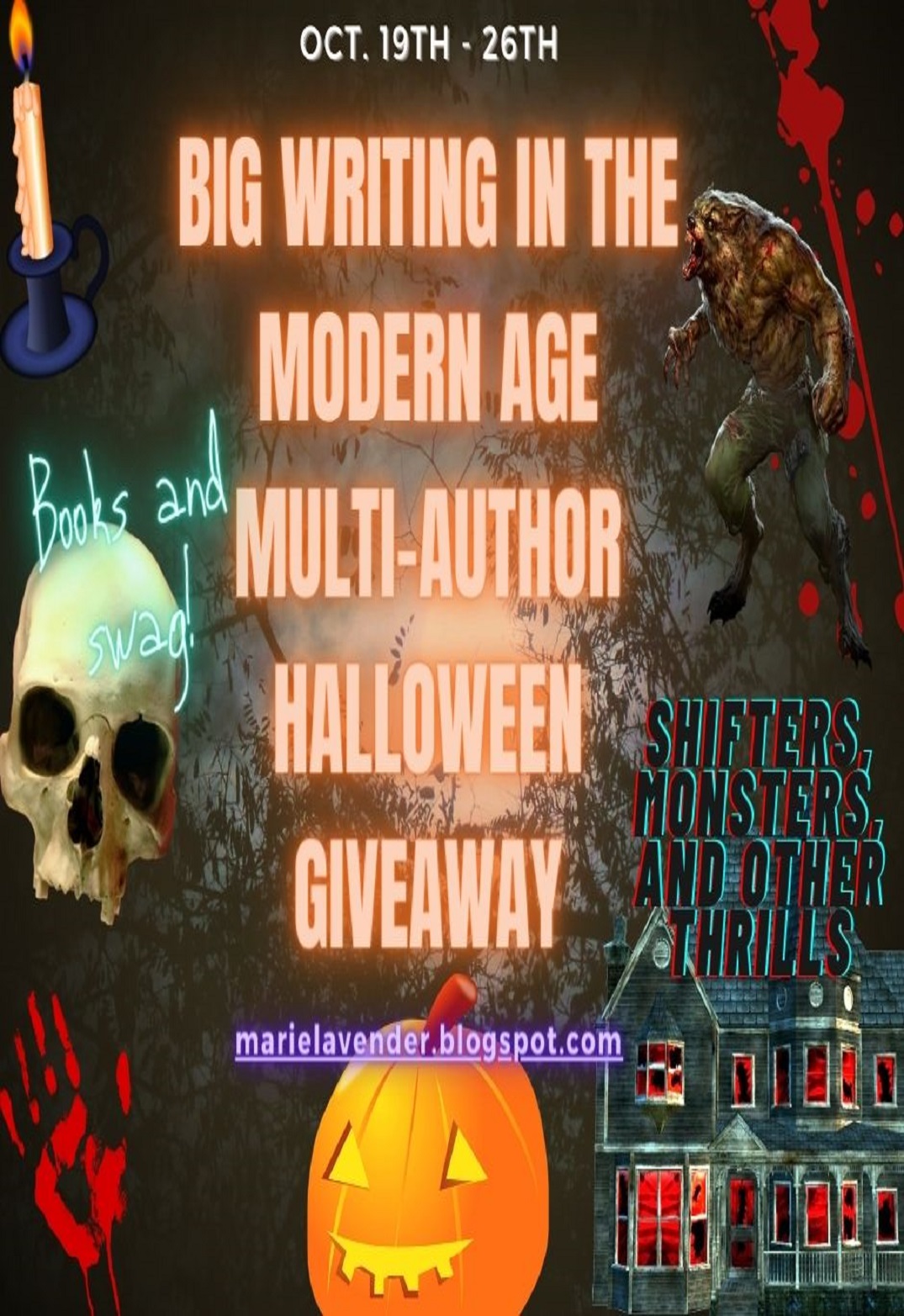 5/3 - "25 Pieces of Advice from Famous Writers That Are Actually Useful!" by Marie Lavender